For those who are visiting Felker’s Falls, there is an added treat as a lovely, unknown cascade exists above Felker’s Falls which is not on the official list of Hamilton’s waterfalls and cascade as it does not meet the height requirement of 3 metres. However this small cascade, known as Upper Felker’s Cascade, is well worth a visit and is located about half way between Felker’s Falls and a pedestrian bridge crossing the creek, in the Felker’s Falls Conservation Area.

To visit Upper Felker’s Cascade, from QEW take the Red Hill Valley Parkway South. Keep left onto Mud St. Keep straight on Mud St. W. Turn left onto Paramount Drive. Turn right onto Ackland Dr.Park at the Felker’s Falls Conservation Area. Follow the Bruce Trail beside Davis Creek above Felker’s Falls and try to find an opening in the bushes alongside the creek about 100m above Felker’s Falls. If you reach the bridge crossing the creek, you have gone too far. Backtrack and again look for any opening in the bushes to reach the creek, then follow the creek to this cascade. You may need boots to follow the creek as there is no trail alongside, however the setting is amazingly peaceful, beautiful and devoid of people, thus worth the effort. 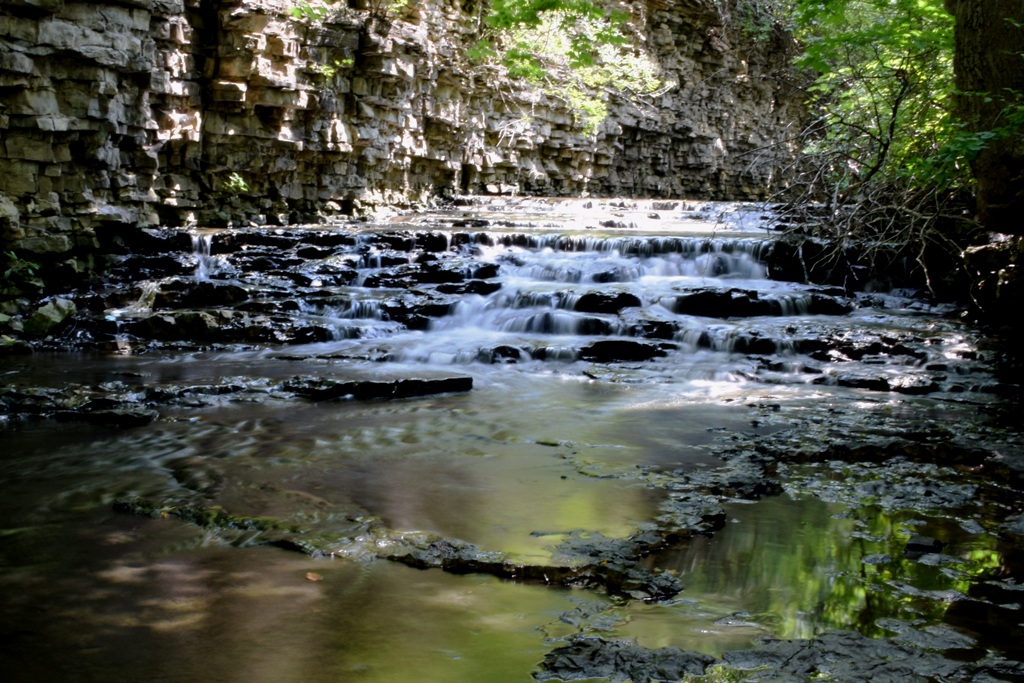