Centennial Falls is located in east Hamilton, in the first ravine on the west side of Centennial Parkway, approximately 1/3 the way up the Niagara Escarpment, as you travel southbound from King St.

Centennial Falls is considered a Complex Ribbon Cascade waterfall with three distinct drop sections .This waterfall is seasonal, thus it is best to visit it after a heavy rainfall or during the winter snow melt. Its total height is approximately 15 m., depending on how much of the cascades are included, and it has a crest width of 2 – 3 m., depending on flow, which can widen out further down the waterfall.

The waterfall is named after Centennial Parkway, beside which it is located, and was only named in 2008 as it was only “discovered” that year.

Attached is a map showing the waterfall location (courtesy of the Hamilton Conservation Authority). 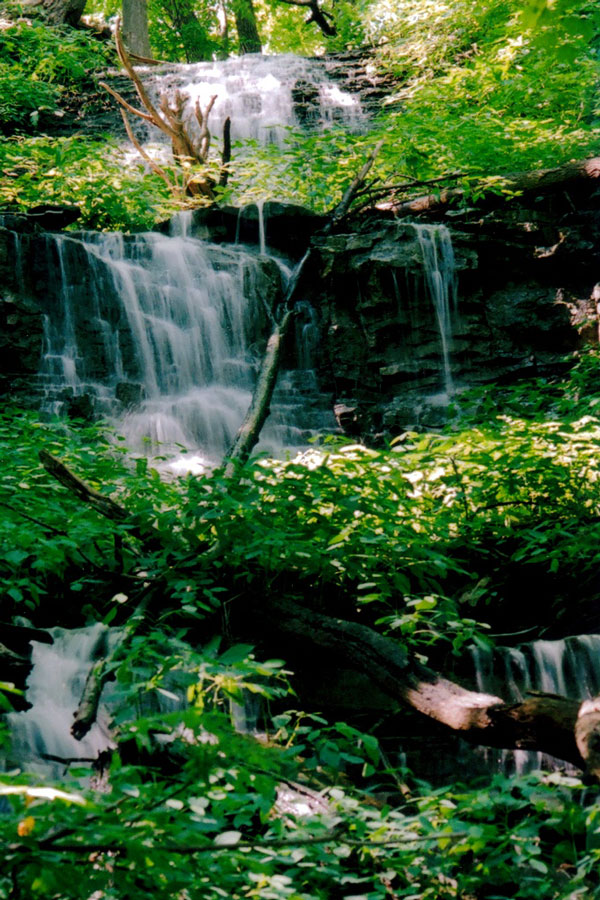