This waterfall is located on a small ravine which originates from the Heritage Green Sports Park and flows into Davis Creek, about half way between Little Davis Falls and Felker’s Falls in the Felker’s Falls Conservation Area. Its coordinates are 43.2047 N / 79.7875 W.

Heritage Green Falls is considered a ribbon cascade type falls and has a height of approximately 12.2 m. (40 ft) and a crest width of 1.8 m (6 ft.). An unique feature of this waterfall is that it actually consists of two separate waterfalls, the larger falls as described above and a small falls on the left side which originates from a small opening in the rock face, similar to a karst feature (see photo).

This waterfall, (both the ravine and karst portions), dries up often, thus plan to visit it after a heavy rainfall or during the winter snow melt.

To visit Heritage Green Falls, from QEW take the Red Hill Valley Parkway South. Keep left onto Mud St. Keep straight on Mud St. W. Turn left onto Paramout Drive. Turn right onto Ackland Dr.Park at the Felker’s Falls CA. Follow the Bruce Trail which crosses Davis Creek above Felker’s Falls via a bridge and then back towards Felker’s Falls and past it until you reach a small ravine as shown in the attached map. 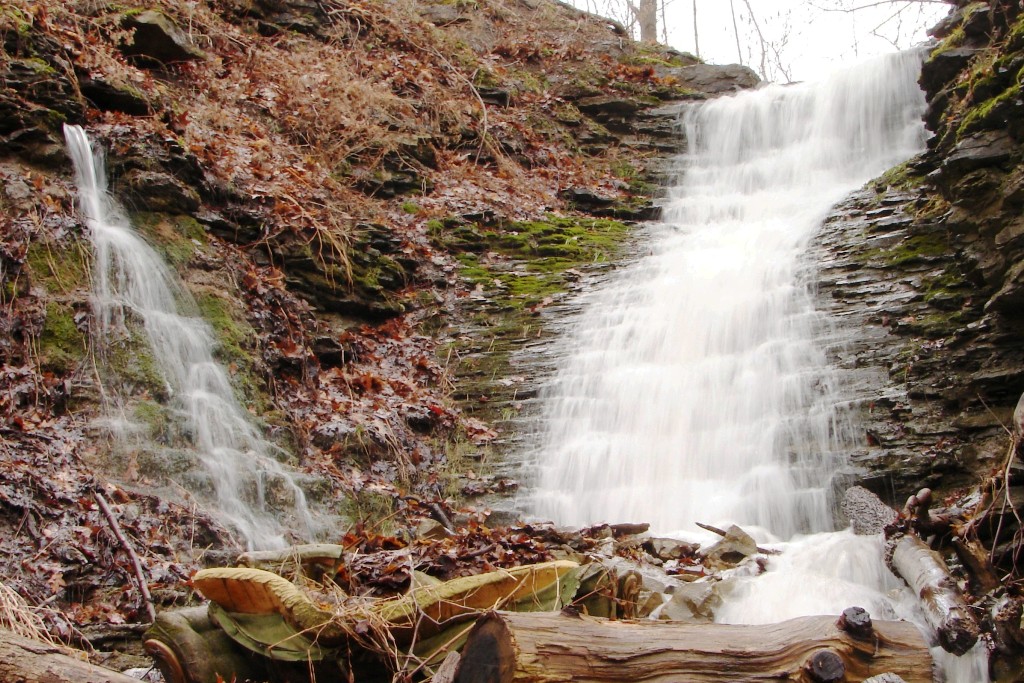