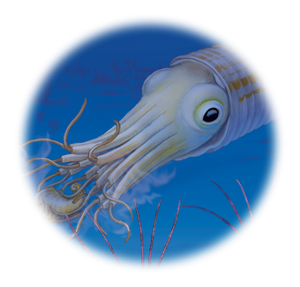 Cephalopods are highly active and well-developed marine carnivores. They had complex eyes and brains, tentacles with sucker pads, and parrot-like beaks.

They used jet propulsion to move through the water. Many forms had coiled shells or straight shells (such as the nautiloid depicted here). Many of their modern day descendants, however, such as the nautilus, squid and jellyfish, did not develop shells at all.

Fossils of these creatures are often found in the Medina and Queenston layers of the Escarpment. 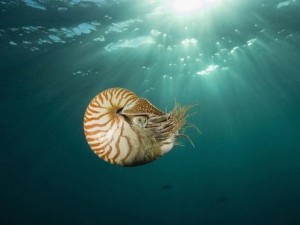 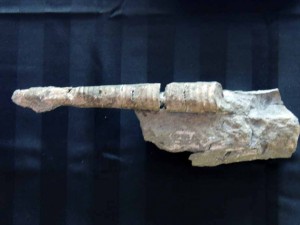 Nautiloid on display at the Discovery Centre

For more detailed and scientific information on our nautiloid friends, visit http://paleo.cortland.edu/tutorial/Ceph%26Gast/cephalopods.htm