There is something for everybody; a viewing platform for those unable to see over the stone wall, 7.42 km of trails of various difficulty, access to the Bruce Trail, more than 20 species of ferns, bird watching opportunities, a series of geological potholes, historical remains of a grist mill and water filtration plant, picnic facilities and Niagara Escapement Discovery Shop, displays, video and visitor information.

Inglis Falls is named after Peter Inglis, who arrived and settled in the area in 1843, five years after the founding of Sydenham Village (now the City of Owen Sound). This enterprising young Scotsman and millwright saw the potential of harnessing the powerful cascade of the Sydenham River.

In 1845 Inglis purchased a small existing grist mill and 300 acres of deeded Crown land. It was in 1862 that Inglis replaced the old grist mill with a new four-storey mill that produced flour, bran and shorts (feed for animals).

Other ventures of Inglis’ included building a saw mill a quarter of a mile downstream of the falls. He also built a woolen mill on the eastside of the river on the brink of the falls. Here were manufactured tweeds, flannels and “rainbow” blankets, so called because of the three coloured stripes at each end. The woolen mill was destroyed by fire around 1885. It was rebuilt only to burn down again in 1901. The family never told Peter of the loss, and the mill was never rebuilt.

Management of the mill was passed on to Inglis’ oldest son, William, in 1886. William’s son, Victor, managed the mill until 1932, when the property was obtained by the City of Owen Sound for water rights. The mill was idle for two years, until purchased by Emil Henkel. He ran the mill until 1945, when a fire completely destroyed it. 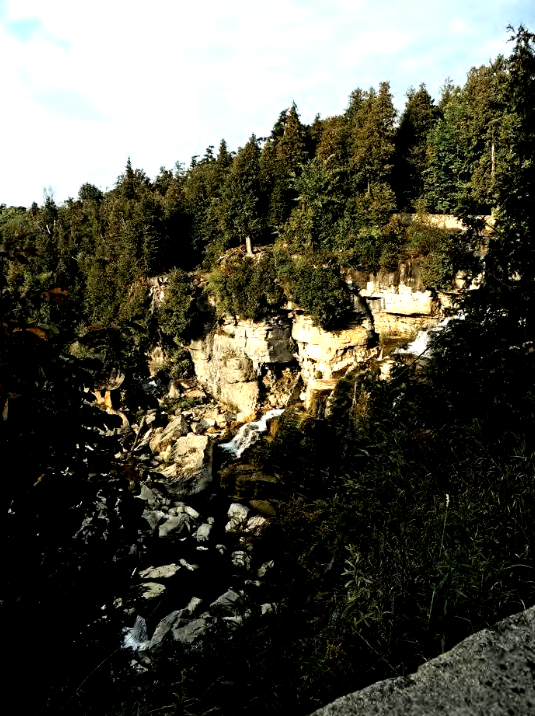