At the present time we do not know how many waterfalls exist along the Niagara Escarpment from Queenston to Tobermory. We do know that there are 145 waterfalls and cascades in the City of Hamilton alone that have been found as of 2014.

Extensive work and investigations are required to locate, document and photograph waterfalls along the Niagara Escarpment. Currently this is being undertaken only in the City of Hamilton and this investigation has been ongoing since Spring 2000.

The Hamilton Conservation Authority and the City of Hamilton have developed the City’s official waterfalls website with a listing of all waterfalls and much, much more.

View it here at www.waterfalls.hamilton.ca

The Hamilton Waterfall Project Team has developed the following criteria as to what is considered a waterfall or cascade in Hamilton (for the 100 found to date), which could be used as a guide for waterfalls in other locations:

1. The waterfall has to have a drop of at least 3 m or 10 ft. either as a vertical drop or a cascade.

3. The waterfall has to have water flowing over it at least during peak storm events. Many waterfalls do dry up in the summer or dry periods.

4. If a waterfall is close to another waterfall on the same creek or stream, (upstream or downstream) they have to be separated so that both waterfalls are visibly distinct or they are more than 100 m apart. This means that you cannot see both waterfalls normally from one location. Therefore on some streams we have an Upper and a Lower waterfall and they count as two waterfalls.

6. The waterfall has to have some natural component to it and not be entirely man-made. Many waterfalls have a bridge at the top or man-made channel or pipe at top or bottom to control the water. But the actual drop or waterfall section is natural.

7. The waterfall must be photographed with water flowing over it.

8. The waterfall has to be located within the boundaries of the City of Hamilton.

9. The waterfall and catchment area above need to have a defined creek, swale, ditch, storm sewer system, ravine, etc. and not just be overland flow.

In Hamilton many of the creeks and streams that did exist on top of the escarpment have been enclosed into storm drainage systems to allow for urban development. This has resulted in many waterfalls and cascades having storm sewer pipes or box culverts at the crest of the waterfall from which the water flows out or at the bottom to catch and contain the water. We would term these waterfalls as “Urban Waterfalls” because either the top or bottom has been modified for urban development, however, the waterfall itself is still natural.

In Hamilton there are no rivers, thus the flows over the waterfalls are not as great as say Niagara Falls (being on the Niagara River) and many of Hamilton’s waterfalls dry up completely in dry periods. This makes waterfall investigation a challenge especially in the summer or during extended dry periods.

If any of you are interested in conducting similar waterfall investigations outside the Hamilton area, anywhere along the Giant’s Rib (Niagara Escarpment) we would appreciate your help.

For other Ontario Waterfalls, you can visit these other websites: 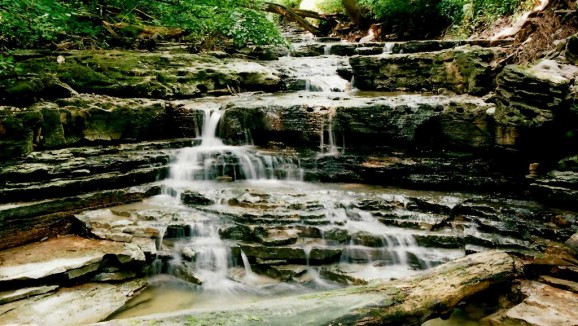 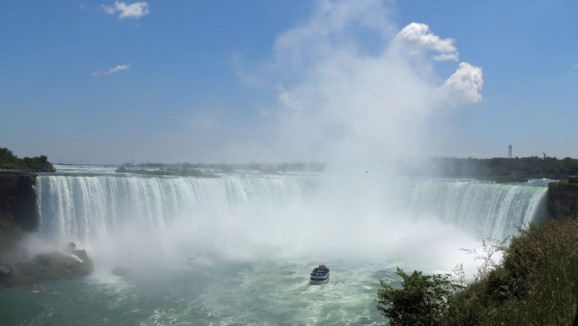 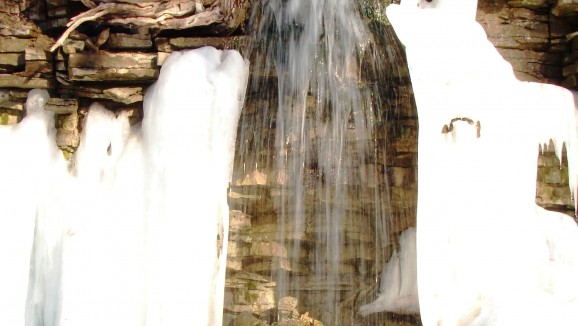 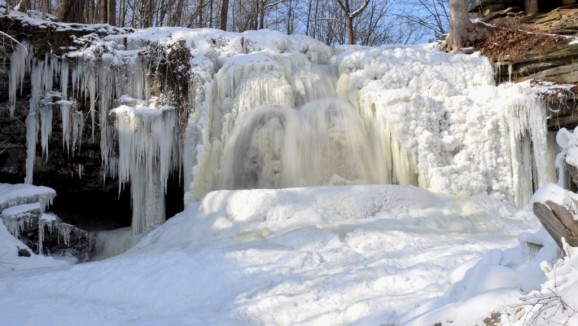 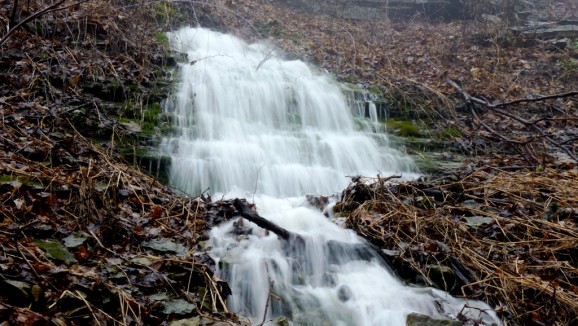 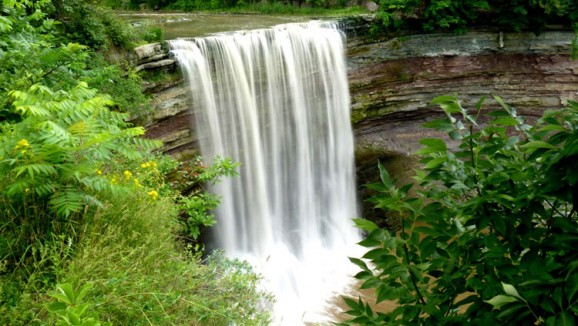