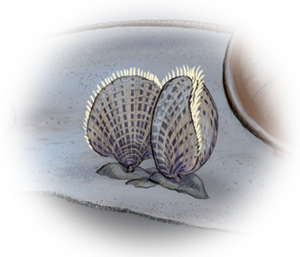 Brachiopods were an ancient line of seafloor shellfish inhabiting this area half-a-billion years ago. They had two shells (or valves) joined along a common hinge. Inside the shells were complex sets of muscles that both opened and closed the shell.

Paleobiologists estimate that 99% of all documented brachiopod species are extinct. They are common fossils in shale, sandstone and limestone throughout the Niagara Escarpment. Brachiopods survive today, but are now limited to cool and temperate waters along the North Atlantic coastline of North America and other parts of the world.

For you fossilheads out there, here is some more technical information about brachiopods:

Brachiopods are a smaller phylum of benthic invertebrates. They are sessile, two valved, marine animals superficially resembling Molluscan bivalves to which they are not closely related. Paleobiologists estimate that 99% of all documented brachiopod species are both fossils and extinct. Bivalves usually have a plane of symmetry between the valves of the shell, which are mirror images of each other; most brachiopods have a plane of bilateral symmetry through the valves and perpendicular to the hinge. The two brachiopod valves differ in shape and size from one another. 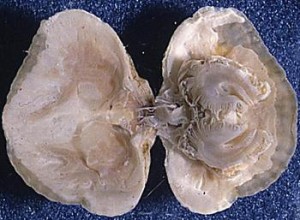 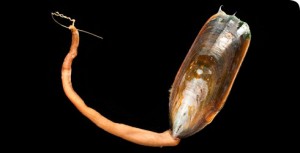 Brachiopod with pedicle
Photo courtesy U of London

Brachiopods have a feeding organ called a lophophore. Articulate brachiopods attach to the substrate by a pedicle (stalk) protruding from one valve. The photograph to the left shows the lophophore inside an opened modern brachiopod. 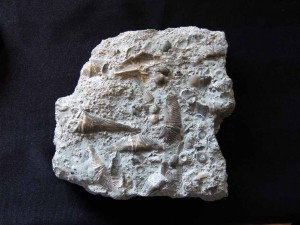 For even more detailed scientific data on brachiopods, visit
http://paleo.cortland.edu/tutorial/Brachiopods/brachiopoda.htm