Crinoids, also known as “Sea Lilies”, are marine animals not plants. Crinoids usually have a stem to attach themselves to a surface but many live attached only as juveniles and become free-swimming as adults. They have a stem which is attached to the sea floor, topped with a crown-shaped body (calyx) which holds feathery arms. These arms capture small food particles and transfer them to the mouth at the top of the calyx. Crinoids are an echinoderm, a group which includes sea urchins and starfish.

There are only a few hundred known hundred known modern forms, but Crinoids were much more numerous in the past. Some thick limestone beds dating to the formation of Niagara Escarpment rock are entirely made up of disarranged Crinoid fragments. 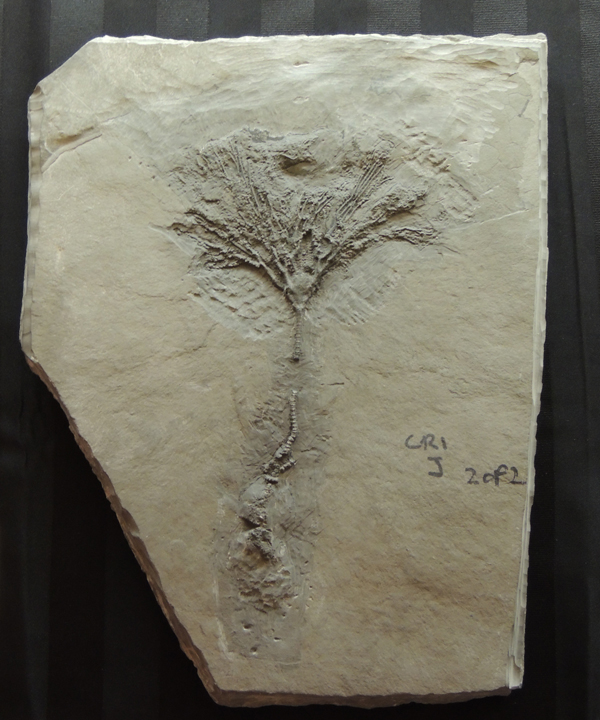